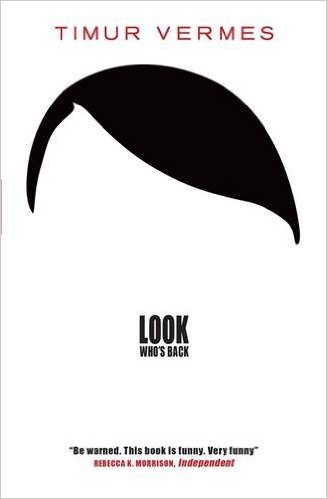 Hitler is inexplicably catapulted through time into 2011 Berlin. Making fast-friends with a well-connected Kiosk owner, Hitler, presumed satirical method actor, lands himself his own TV spot.

Although sardonic quips are amusing, they would be none the poorer attributed to any cantankerous old man. The meta-satirical novel, even on a backdrop of Farage and Trump, doesn’t pack enough punch to justify converting Adolf Hitler into a lovably grumpy archetypal grandpa. A distastefully disheartening encounter with a Jewish Grandmother compounds Vermes’ failure to deliver a political point. Genuine YouTube clips of Donald Trump do the job nicely on their own, thanks.

You are currently browsing entries tagged with Farage at booksbeccabuys.